The performing arts are made of fleeting moments of genius.

Whether on nights under the lights on the school stage, or transcendent travels among musicians from different places and cultures, I’ve been fortunate to spend time basking in the magic created by our school’s musicians for a few years now. As a newly minted member of the fine arts department when I started teaching guitar five years ago, I often found myself in awe dropping in on choir rehearsals and jazz workshops, and forging connections with student-performers who in many cases served as musical inspiration, if not outright mentors. 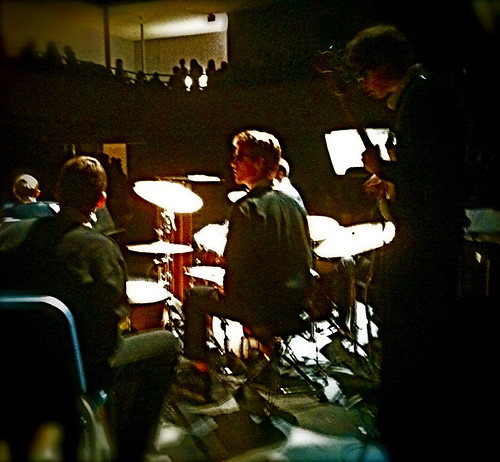 Having begun blogging with the TALONS a few years earlier, the prospect of documenting and sharing the performing arts struck me as a unique application of social media and digital storytelling that continues to be a joyful part of my educational life online. In 2010 I started a Music Department Blog, Twitter account, and Flickr page (later adding a SoundCloud account), which I have maintained in the years since with photos, recordings and videos collected from organized concerts, tours, and classroom learning, as well as local concerts and more informal performances beyond the curriculum.

In the course of five years, these artifacts have collected to serve as the musical traditions of our school community, which incoming students are greeted with and will continue to contribute to with their voices and instruments. Our experiences 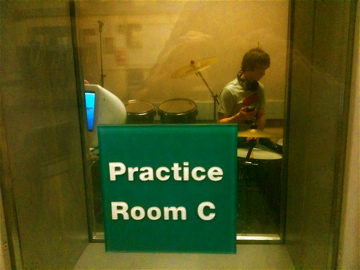 with broadcasting concerts live on distributed web radio have also grown from an experiment on the fringes of learning with technology to a commonplace occurrence several students volunteer to DJ/host and can handle with minimal teacher support.

Which has all come a long way from the spring of 2011, when we were only learning how to wield the software, and Twitter was still the new kid on the block. The day when parents, local schools, and students would each be conducting a good part of their public lives on social media hadn’t quite come to pass, and I’m proud of the work our Gleneagle community has been willing to share with the world beyond our hallway.

Throughout, I’ve considered it part of my job to anticipate and be nearby when interesting music is being made at or around the school. 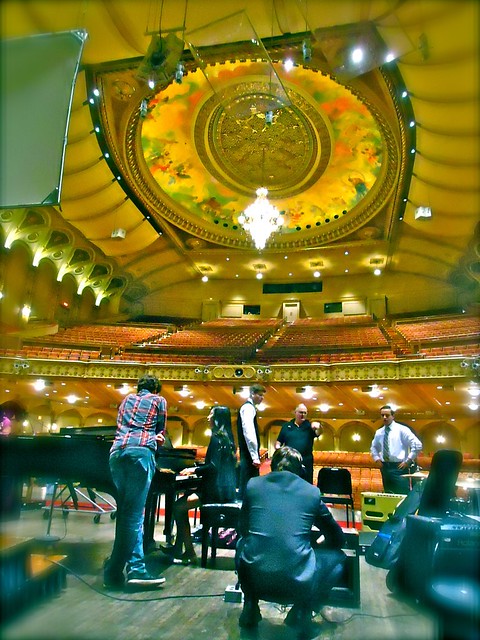 Like when the choir sneaks into the Cathedral of Havana to sing a Spanish hymn. Or when a group of guitar students hang around for the first few minutes of lunchtime to cover Bob Marley, or the Beatles, or Broken Social Scene, or Dan Mangan.

Or our flight to California is delayed, and there’s time to kill at the gate.

Or a few grade twelves pile into a horsedrawn carriage in Cuba with a guitar and clave, and sing what they see on their way to the market.

As with anything that leaves a digital tail, these recordings, videos and pictures tell the story of people who have passed through our musical community. They document our choir’s verse along with Chris Hadfield’s “Is Someone Singing?” on a nationwide Music Monday. And when our new principal dropped by guitar class.

And that time the Bears played the last day of school.

Throughout, my process in documenting these momentary feats has moved away from the more ambitious, to favour the quick and dirty. When I started doing this, I collected reams of Garageband files, GBs of HD videos and pictures, always with the intention of editing down sleek documents of radio or podcast perfection: suites of songs interspersed with interviews with kids. Mini-documentaries of our travels, or the behind-the-curtain mania of concert night.

But this generally creates a backlog of material to log and edit, and my best intentions while shooting and collecting material haven’t often seen the light of day in an ideal form.

So I’ve taken to grabbing what I can in bite-sized records and documents that I can upload, tag and add to playlists quickly, then move on. 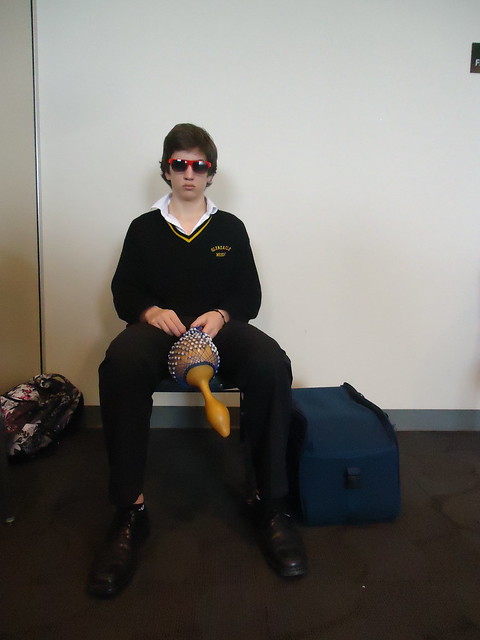 And collect an array of performance videos.

I also try to collect photos of the more ‘official’ aspects of the tour or concert, as the personal narratives of the students are handily shared and selfie’d across different media when we travel. Sometimes I try to keep track of some of these postings, and collect them in Storify, Flickr or other places; but in truth there are a lot of music students, and I don’t follow many of them unless they’ve made a point of interacting and engaging with the school or my own account. If I notice that they’ve shared a particularly good photo of a memorable moment, I’ll ask for them to email it to me or if I might Retweet their post.

But the key remains organization, and to maintain a vigilance toward tagging, sorting, and archiving the ephemera of these magical moments. While they are each preserved momentarily within a picture or a Twitter update, after a few weeks – let alone five years – the artifacts themselves are lost with the melodies long-since sung or performed on stages wherever we go. Because these videos and pictures and posts all serve the immediate need to relive a trip just passed – our weeks old trip to Cuba this year, for instance – but also now reside among the playlists and albums of trips, concerts, and rehearsals going back to 2010.

In its entirety, it is a grand monument to the talent and community at Gleneagle, a song composed one note at a time and fixed into its proper place among its ancestors.