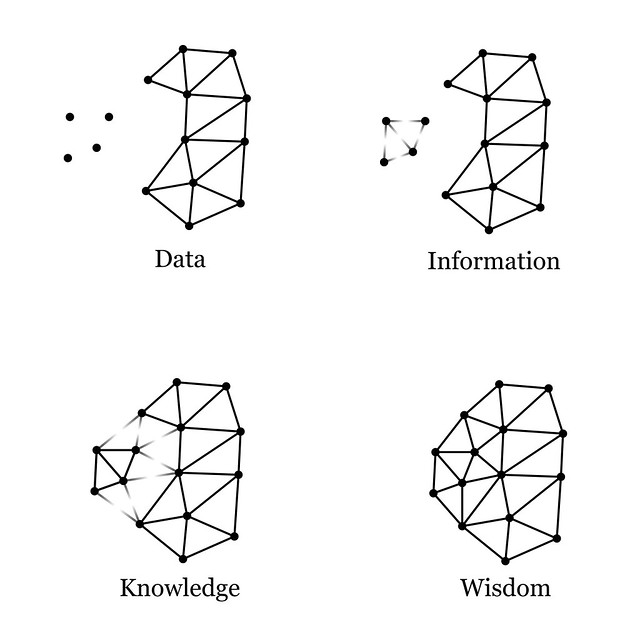 Now at the mid-point of my third pass at our open online Philosophy 12 course, I am finding different ways to bring about the salient outcomes which have arisen in the last few years. This is both a result of having observed and noted the successes and difficulty senior students have had with various concepts or ideas, as well as an improved familiarity with the connections and construction of meaning throughout the various units that constitute the course.

In just over four months, facilitating a highschool course which moves from the introduction of philosophy as a historical concept to logic, to metaphysics, epistemology, aesthetics, ethics and social political philosophy is a daunting process if each of these topics is viewed in isolation. Each of my first two turns with the course saw the units as individual spokes in a wheel that loosely surrounded the study and – as the etymologists remind us – the love of knowledge. However, toward the conclusion of last year’s course, I began to see the narrative arc of our study play out in such a way that has allowed me to facilitate the course in what I hope is a more effective means of 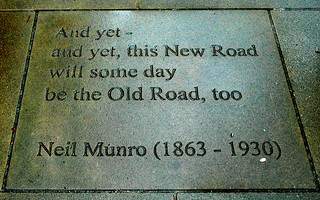 providing intellectual growth for enrolled students, and open online participants this time out.

What follows is an attempt to synthesize this emergent narrative.

Beginning with an introductory unit on Philosophical Inquiry, participants are asked to respond to the question, What is Philosophy? Here, we discuss the nature of exploring wisdom, knowledge, and our relationship with our experience. Each participant’s What is Philosophy assignment is shared with the group and posted to the blog, and will eventually serve as an initial snapshot against which later ‘check ins’ (in the form of a mid-term, and final presentation) will be measured and reflected upon.

In logic, Philosophy 12 participants are introduced to the structure of basic syllogisms and logical fallacies, and are asked to introduce and evaluate examples of arguments in popular or political discourse, or even their own lives. Having each arrived at slightly different subjective responses to the question What is Philosophy? and What is wisdom? logic arrives as the (still biased) instrument by which such subjectivities might be shared or debated among different perspectives.

Building on the biases uncovered in even our application of rigorous and rational logic, the class sets out to examine the different lenses by which philosophers have approached the nature of scientific objectivity, generally working toward a debate around the topic, Is Science Objective?

Which generally works toward the consensus that no, no it is not.

Where the course waters deepen quickly is with the onset of metaphysics, where the ‘first question of philosophy’ is addressed: namely, What is? Here the first three minor units culminate in an attempt to discuss an ultimately subjective topic within the confines of philosophical discourse. Fundamental questions about the composition and nature of reality are met with the rigors of applying a personal course of philosophical inquiry, an introduction to the logical underpinnings of various metaphysical themes and concepts, and the flimsy nature of what we might hold to be objective.

This unit in particular has evolved dramatically over the three iterations of the course. Beginning in the first cycle as a series of Pecha Kucha presentations on notable metaphysicians and how their ideas have contributed to our collective understanding of existence, the second cohort’s metaphysical study tackled a more constructivist approach and led to last year’s experiments with the Metaphysical Object.

This year the unit struck a balance between the highly structured and more open-ended, perhaps, as participants engaged in a collaborative inquiry of various interests and curiosities about metaphysics.

Having uncovered a personal course of inquiry, developed the means of formulating an argument, the nature of what can be known, and what there is (and then the question of what it might be like), epistemology provides another opportunity to synthesize learning from the previous units. Here the class was aided for the second year in submitting reflections on their learning through a Google Form which gathered not only personal evaluations and feedback on the unit plan and organization, but also generated insight into how the group might proceed as a collective into our next unit. 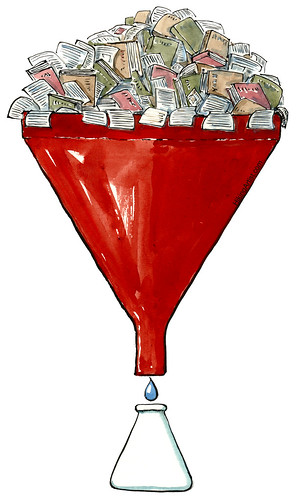 Epistemology proceeds naturally from metaphysics, in this regard, and this semester presented the opportunity for participants to reflect back on their initial thoughts on philosophy, as well as the units since. In the reflection upon the learning conducted in metaphysics, this and last year’s cohorts have seen the onset of epistemology as a point when the class truly begins to create their unique collective narrative as they set out to build upon personal and group learning from the prior unit.

This approach delivers the prospect of the unit on knowledge itself as an opportunity for exploration and expression of how the group thinks about their own learning and development as individuals within a wider culture. There is a lot of reflection on the purpose of schooling that is created from outside, and the freedom to create purpose within those expectations from our classroom, and these talks are consistently inspiring and humbling to be privy to. (The second iteration of the course conducted many of these talks as live Philosophers Cafes as Google Hangouts.)

Coinciding roughly with the middle of term, the Epistemology unit this year served as an opportunity for participants to synthesize their thinking about their own knowledge, not only on the topic itself but their journey of discovery in the course since the beginning of the semester.

The assignment’s purpose is outlined below:

These Personal Theories of Knowledge have been collected here:

At this point in the course, we have answered the following questions:

We are left with the culminating units on Aesthetics, as well as Ethics and Social & Political Philosophy, the latter two of which I am toying with the idea of merging into a single study on Justice, as it appears to be a concept uniting both ethical philosophy, and the political.

Having hopefully discovered working answers to the questions up to this point, we are left with the issues of:

And while I’ve taught this course quite similarly these last three years, the nuances of the story it is telling it continue to emerge over time as different hands and voices come to share their experience with the topics, and one another. In an embedded reflection of the course’s narrative arc and themes, perhaps this has been the purpose all along.